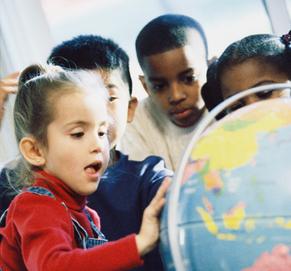 ​​A  Website with resources for Parents, Students and Community members in the West Contra Costa Unified School District (WCCUSD)

$37 million, which will be paid for through increased state money and reductions in staffing, programs, contracts and software.

The 15 percent raise for teachers will make them the highest paid teachers in the county, according to salary comparisons from United Teachers of Richmond. Before this, teachers at WCCUSD were the among lowest paid in the county.

“I believe this agreement will help us retain our educators who have told us numerous times that the number one reason they are leaving is due to low compensation and the growing cost of housing in the Bay Area,” UTR President Demetrio Gonzalez said in a news release. “I also fully believe going from near the bottom in Contra Costa County in pay to the top will help us recruit and retain the effective educators our students deserve.”
Beyond the salaries, class sizes will be reduced across the board and teachers will get 30 hours of paid collaboration time throughout the year.

This site is not associated with the WCCUSD.

Excerpt: Teachers at the West Contra Costa Unified School District will soon be the highest paid in the county following a board resolution to increase salaries by 15 percent over two years.
The district approved numerous agreements with teachers, administrators, supervisors and unrepresented employees at its board meeting on Wednesday night.
Overall, employees at WCCUSD will see salary increases of at least 10 percent by the 2020-2021 school year.
“We made a promise that we would do everything we could to increase employee salaries so they can better afford to live in this area and we were able to fulfill that promise,” Superintendent Matthew Duffy said in a press release. “Our employees deserve to be paid like professionals and I firmly believe that this will help us recruit and retain the best and brightest for our students.”
The total cost of the salary increases, class size reductions, paid collaboration time and paternity/maternity leave comes out to 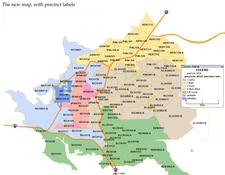 Excerpt:Lawyers on behalf of two parents and a student filed an administrative complaint this week asserting that West Contra Costa Unified officials are violating state law by failing to release student data needed to evaluate the district’s annual accountability plan.

In the complaint, the families say the district has not yet reported 2016-17 data on students, despite repeated requests from Public Advocates Inc., a nonprofit advocacy law firm, and members of the district’s Local Control and Accountability Plan, or LCAP, committee over the past year. This is a violation of legal requirements under the Local Control Funding Formula, the state’s school funding and accountability law, they say.

This is the first complaint filed by families to enforce their right to obtain such data, which they say is critical to help them assess whether or not actions and services in the district’s current accountability plan are working or not. ...
Data missing from the plan includes annual test scores, PSAT and SAT test results, completion rates for so-called A-G courses required for admission to University of California and California State University, completion rates for career technical education classes, AP exam pass rates, student school climate survey responses, teacher and principal retention rates and parent survey completion rates. ...  https://www.eastbaytimes.com/2018/04/25/
advocates-accuse-west-contra-costa-unified-of-failing-to-release-data-on-student-performance/

Excerpt:  In response to a legal challenge charging that its at-large trustee elections are “racially polarized,” the West Contra Costa school board says it wants to let voters decide whether to change from at-large elections to those in which school board members represent specific districts.
A lawsuit filed March 21 by Walnut Creek attorney Scott Rafferty on behalf of two West Contra Costa Unified residents and a group called the “Bay Area Voting Rights Initiative” accuses the district of violating the California Voting Rights Act of 2001, in which plaintiffs say at-large elections give unfair advantages to white candidates in more affluent areas of the district of more than 100,000 voters in Richmond and surrounding cities. ...
“Minority vote dilution has allowed white voters and the area in which they are concentrated to dominate the board,” the lawsuit claims, adding that 35 percent of the district’s population of more than 263,800 people are Latino, 20 percent are Asian and 16 percent are African-American.
Rafferty’s initial letter to the district said most jurisdictions in California the size of West Contra Costa do not conduct at-large elections.
“Except for Irvine, no city with a larger population elects its council at large,” he wrote. “Of the 29 school districts in  California that are larger than WCCUSD, all but nine elect trustees by district.”
Statewide, at least 125 smaller school boards have changed the way school board members are elected to represent small voting districts within the larger ​district as opposed to being at-large seats, the letter said. The change was a response to lawsuits or to orders from their county boards of education.
The district’s attorney, Harold Freiman of the Lozano Smith firm, warned that if voters reject electing board members

who represent smaller areas of the district, a court could overturn their decision, saying the vote further confirms that majority white voters don’t want to give minority Latino and black voters — who are concentrated in Richmond, San Pablo and other areas of the district — a chance to elect someone who represents them. That is what happened when voters in the city of Highland, near San Bernardino, voted against creating smaller voting districts within the city, he said.
“If you go to the election and the electorate approves, that’s a fine and good thing,” he told the board. “But if it votes it down, there may be ensuing litigation that the vote is evidence of racially polarized voting.” ...